Researchers included 78 artificial tears in an experimental analysis. They measured the viscous behavior utilizing a cone-plate rheometer. The study defined an ascending and descending measurement range for the shear rate from 1 to 1000 s−1 and vice versa. The team calculated the rheological behavior pattern as the viscosity difference for the shear rate between 100 and 1000 s−1.

Researchers found 4 rheological patterns with different magnitudes among the artificial tear samples: shear thinning, shear thickening, thixotropic, and Newtonian. A total of 54 tears exhibited shear thinning behavior, which involved a decrease in viscosity as shear rate increased. The team observed shear thickening in 14 samples, which involved an increase in viscosity as shear rate increased. The least common rheological pattern was Newtonian behavior, in which there was little variation in viscosity with shear rate. The investigators determined that all samples had thixotropic behavior to some degree (19 high thixotropy, 58 low thixotropy) in which viscosity decreased with shear rate and final viscosity was lower than initial viscosity due to hysteresis, according to the report.

Overall, investigators suggest that tears with low thixotropy and shear thinning are optimal for artificial tear formulations. However, they acknowledge that the patient’s condition should determine fluid rheology.

“The viscosity of artificial tears always depends on the shear rate,” according to the researchers. “It is possible to find two patterns simultaneously depending on the shear rate. These rheological patterns could serve to optimize the treatment with lubricants for different conditions of the ocular surface.”

Study limitations include the omission of several artificial tear samples due to their high number and the economic and logistical difficulties of obtaining them. 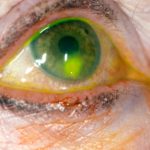