Conjunctival autofluorescence patterns and cytological changes are correlated with pterygium severity or grade, according to a study published in Cornea. This is especially true in squamous metaplasia cases.

“We believe the demonstration of higher frequency of both autofluorescence and squamous metaplasia, both of which are reportedly associated with sun exposure or indicate effects of solar UV radiation, in higher grades of pterygia further adds to the body of knowledge related to the etiopathogenesis of pterygium and could also serve as a useful clinical or research tip in evaluating patients,” according to the researchers.

The study was limited by its hospital-based design and short duration. 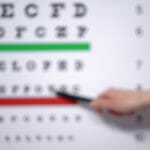