The team also noted that men who formerly consumed alcohol had an increased risk of incident VI compared with those who abstained for a lifetime (HR, 1.69; 95% CI, 1.12-2.55). Men who drank alcohol more frequently and consumed more drinks within a day had a higher risk of VI. Women had a higher risk of VI if they drank more alcoholic beverages per day, but there was no association with frequency of drinking, according to the report.

“VI risk was significantly associated with the amount of alcohol consumption, binge drinking, and frequency of binge drinking,” according to the researchers. “Our findings highlight the importance of refraining from heavy and binge drinking to decrease the risk of VI and reduce the ocular health burden.” 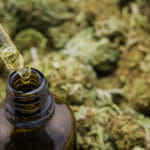