A prospective cross-sectional study published in Eye and Vision compared measurements by Goldmann Applanation Tonometry (GAT), and 2 portable tonometry devices — the iCare PRO (iCare USA) and the IC200  (iCare USA) — for participants in the seated position. The study also compared the iCare PRO and IC200 in the supine position. The participants included 145 individuals with glaucoma (145 eyes), average 65.6 years of age, who were recruited at the Department of Ophthalmology, Saneikai Tsukazaki Hospital, Himeji City, Japan, from May 2020 to August 2020. In general; GAT, iCare PRO, and IC200 all showed “sufficiently high” reproducibility.

The difference between values with GAT and iCare PRO was enough to show statistical significance (P <.05), as was comparing GAT with IC200-single and IC200-continuous (each P <.05). Alternately, the 2 IC200 settings — single mode completed in 7.3 seconds and continuous which took 2.2 seconds — returned nearly interchangeable IOP values (P =.99).

For supine measurements, no significant differences were found between average values discerned by iCare PRO, IC200-single, and IC200-continuous (P >.05). However, the 2 rebound tonometers differed in sensitivity, especially for eyes with previous filtering surgery, including 42 who had a functional bleb and were not taking antiglaucoma medications. Lying down, eyes with bleb had a mean IOP increase of 1.5 mm Hg using IC200-single, and a 1.8 mm Hg rise sensed by IC200-continuous, compared with those without bleb. iCare PRO did not show significant IOP elevation based on the presence of bleb.

Patients’ axial length, corneal curvature, and central corneal thickness (CCT), together with age were employed as variables to assess correlations with IOP values. None of the variables affected any IOP measurement, except CCT. CCT impacted measurements returned by GAT, iCare PRO, and IC200 while seated, and both rebound tonometers in supine positions (all P <.05).

Mean IOP measurements with iCare Pro were lower than those assessed with GAT. This difference was not more than “the range of the repeatability of GAT,” but a bigger variation than found in prior studies. Other analyses have found IOP readings with IC200 may be higher than with GAT. These differences may be a result of various patient backgrounds, prior filtering procedures, or corneal biomechanics, researchers suggest.

Limitations of this study include a population sample of glaucoma patients only, and none with IOP >30 mm Hg. Investigators determined IC200 was more perceptive of raised IOP in cases with functional bleb. “iCarePRO may not be suitable for measuring IOP in the supine position because of its low reproducibility and less sensitivity in capturing measurements for increase in IOP,” investigators report. 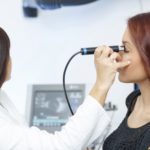