Antibiotic resistance is high among staphylococci and pneumococci, according to a team of investigators that included Ron Melton, OD, FAAO, and Randall Thomas, OD, MPH, FAAO. However, the researchers added that the resistance is low among P. aeruginosa and H. influenzae, with few meaningful changes over time. The study focused on the cumulative in vitro resistance rates among presumed keratitis isolates collected from 2009 through 2020 and was presented at the American Academy of Optometry meeting in Boston, held November 3-6.

“Bacterial keratitis is a serious ocular condition that can lead to sight-threatening complications,” according to the researchers. The team relied on data from the Antibiotic Resistance Monitoring in Ocular micRoorganisms (ARMOR) study, a nationwide antibiotic resistance survey focused exclusively on ocular pathogens.

Minimum inhibitory concentrations (MICs) were determined by broth microdilution per the Clinical and Laboratory Standards Institute guidelines for antibiotics, and isolates were classified as susceptible, intermediate, or resistant based on available breakpoints. Researchers classified Staphylococci as either methicillin-resistant (MR) or -susceptible and used oxacillin as a surrogate.

They also observed multidrug resistance (those that were resistant to 3 or more classes of antibiotics) in 34% of S. aureus and 41% of coagulase-negative staphylococci isolates. However, S. pneumoniae isolates in the study were only resistant to azithromycin and oral penicillin (32% and 29%, respectively).

While all P. aeruginosa were resistant to polymyxin B, fewer than 5% were resistant to other agents including ciprofloxacin. All H. influenzae were susceptible to tested drugs, with the exception of a single tetracycline-resistant strain. 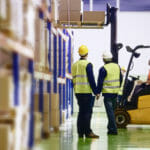