More experienced optometrists are more likely to discuss target refraction with patients prior to cataract surgery compared with their less experienced peers, according to a study published in Ophthalmic and Physiological Optics.

Researchers conducted a study to evaluate whether optometrists and ophthalmologists in the UK provide target refraction advice to patients prior to cataract surgery, and when they believed this advice should first be discussed. They asked clinician participants to complete a survey of 2 clinical vignettes, both involving older patients with cataracts: Patient 1 has pre-operative myopia and routinely reads without glasses, and Patient 2 uses a monovision approach. The eye care providers also completed multiple choice and short answer questions.

Optometrists reporting they would provide target refraction advice stated that patient choice and satisfaction, exposure to patients unhappy with surgical outcomes, and its appropriateness as part of the referral process were reasons for their rationale. Optometrists who reported they would leave the discussion to the ophthalmologist cited a lack of confidence in available options and a desire not to overstep their authority as reasons for not providing such consultation.

The ophthalmologists who responded to the survey estimate that they aimed for emmetropic target refractions in 90% of surgeries.

“An agreed protocol of initial target refraction discussions by optometrists to introduce the idea of refractive outcomes, and outline options with further discussion with the ophthalmologist to clarify understanding and make a decision, will help to provide patients with the knowledge and time to make informed decisions regarding their surgery,” according to investigators.

The study was limited by a low number of ophthalmologist respondents. 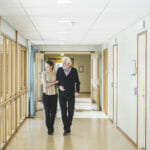