Clinician-provided care instructions are the most important protective factor in ensuring compliance with orthokeratology lens care, according to a study published in Ophthalmic and Physiological Optics. The report also found that girls exhibited higher compliance than boys, and that younger wearers were more compliant than older wearers for several survey items.

Researchers enrolled 200 neophyte orthokeratology lens wearers (median age 10 years, 122 girls, >1 month wearing experience) in a study to assess their level of compliance with care regimens and identify factors affecting compliance. They administered a non validated 64-question survey to participants (or their parents) to obtain information on demographics, hand hygiene, lens care, lens accessory care, and contact lens solution use. The team distributed the questionnaire at a single center between April and June 2019.

The investigators found that eye care practitioner instructions influenced compliance with many of the survey items (P ≤.04). Overall, 99% of respondents reported making some attempt at washing their hands before handling the lenses, but only 52.2% of lens wearers and 64.5% of parents reported full compliance with handwashing procedures (including soap and hand drying). With the exception of the lens solution use category, the percentage of participants reporting total compliance with all procedures did not differ significantly between lens wearers and their parents, according to the report. The team also noted higher compliance rates in girls and younger children compared with boys and older children, respectively ( P ≤.04 for both) for several of the survey items.

“The need for reviewing and re-educating at regular aftercare visits cannot be overemphasized,” according to the researchers. “In addition, it should be noted that the provision of instructions by ECPs [eye care providers] in multiple ways play an important role in wearers’ care and maintenance of lenses and accessories. ECPs should pay particular attention to older and male lens wearers and be aware that wearers tend to become complacent over time.”

Study limitations include a single center design and reliance on self-reporting for data. 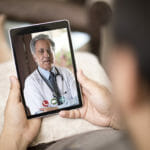