A method employing steady-state pattern electroretinogram (ssPERG) may be useful in the diagnosis of glaucoma in patients with concurrent high myopia, according to an investigation published in Clinical Ophthalmology.

When compared with high myopia eyes, MagD/Mag ratio at 16° is significantly lower in glaucomatous eyes, with or without high myopia, investigators report.

Outcomes measured for each test included 4 parameters as noted by the study:

For the 24° setting, researchers observed no significant differences for any of the parameters. For the 16° setting, the MagD was significantly lower in the GHM group compared with the HM group (0.29 μV vs 0.52 μV; P =.02).

Of the different test protocols, MagD 16° and MagD/Mag ratio 16° were significantly lower in glaucomatous eyes compared with those with high myopia, according to the researchers. “Further validation studies with larger sample sizes and with varying severities of glaucoma and myopia are warranted in order to explore the possibility of differentiating glaucomatous from non-glaucomatous myopic changes using ssPERG.”

Limitations of the study include relatively small sample size and lack of a control group of participants without glaucoma or high myopia. 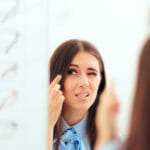