Researchers found that the presence of hyporeflective cores within drusen (HCD) was not related to progression of age-related macular degeneration (AMD), according to a study published in Ophthalmology Retina. Secondary findings revealed that HCD was also unrelated to lower visual sensitivity or a rapid loss of visual sensitivity before the manifestation of late AMD.

Investigators examined 280 eyes from 140 participants who had bilateral large drusen, but no late AMD. These evaluations were conducted via multimodal imaging (MMI) and microperimetry at baseline, and every 6 months for 3 years. Optical coherence tomography (OCT) determined drusen volume.

“This study demonstrated that in unadjusted analyses, an increasing extent of HCD at baseline was significantly associated with an increased rate of progression to MMI-defined late AMD and lower visual sensitivity at baseline in a cohort with bilateral large drusen,” according to the investigators. “However, these associations were no longer significant after adjustment for risk factors of disease progression, namely drusen volume, pigmentary abnormalities, and age.”

Study limitations include the small number of MMI-defined late AMD endpoints and the limited sample size. 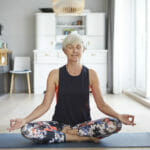