Intraocular pressure (IOP) following trabeculectomy (TLO) may be lowered by preserving Schelmm’s canal (SC) and ensuring aqueous humor has the ability to access it, according to a study in Experimental Eye Research. In order to achieve this, clinicians must eliminate the most resistant part of the trabecular meshwork (TM) while creating minimal damage to the Schlemm’s canal epithelium (SCE).

Researchers assessed eyes of failed TLO procedures or insufficient IOP control following TLO. They focused their investigation on the behavior of SCE. The analysis consisted of histological examination of trabeculectomy (TRAB) specimens that included the area of previous TLO. Researchers collected a total of 46 TRAB samples and excluded 4 of them due to destruction of the SC and TM. They included the following glaucoma types: open-angle glaucoma (OAG) including primary open-angle glaucoma (POAG) (24 eyes), atopic glaucoma (ATG) (8 eyes), pseudoexfoliation glaucoma (PEG) (6 eyes) and uveitic glaucoma (UVG) due to granulomatous disease (4 eyes). The team collected specimens from 2 groups. Group A consisted of 31 eyes that underwent 120-180° TLO (27 ab-externo and 4 ab-interno) and group B consisted of 11 eyes that underwent 360° suture TLO.

The researchers found a significant negative correlation between the maximum IOP of pre-TRAB and SC length (P =.0167) and noted that the percentage of IOP reduction was significantly higher in eyes with the TM opening (OPN) into the anterior chamber (AC) compared with eyes with the TM closed (CLS) to the AC in group A (P =.0045). However, the team found no significant difference in SC length between the OPN and CLS eyes in both groups. Investigators note a higher percentage of OPN (82%), but a smaller SC length (P =.0024) in group B compared with group A.

In group B, researchers found no significant correlation between clinical and histological parameters. Among both groups, they noted SCE sealed SC openings, halting direct communication between the AC and the collector channels (CC).

“Accessibility for aqueous humor to the SC and preservation of the SC may be important for lowering IOP by TLO,” according to the researchers. However, they caution “the opening of the SC into the AC (OPN type) does not guarantee an adequate IOP lowering effect if the SC is widely collapsed. Thus, TLO may be improved only by eliminating the most resistant part of the TM with minimal SCE damage.”

Limitations of the study include a relatively small sample size, possible confounding resulting from different glaucoma types, and the inclusion of a small area among the wide range of TLOs. 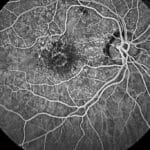